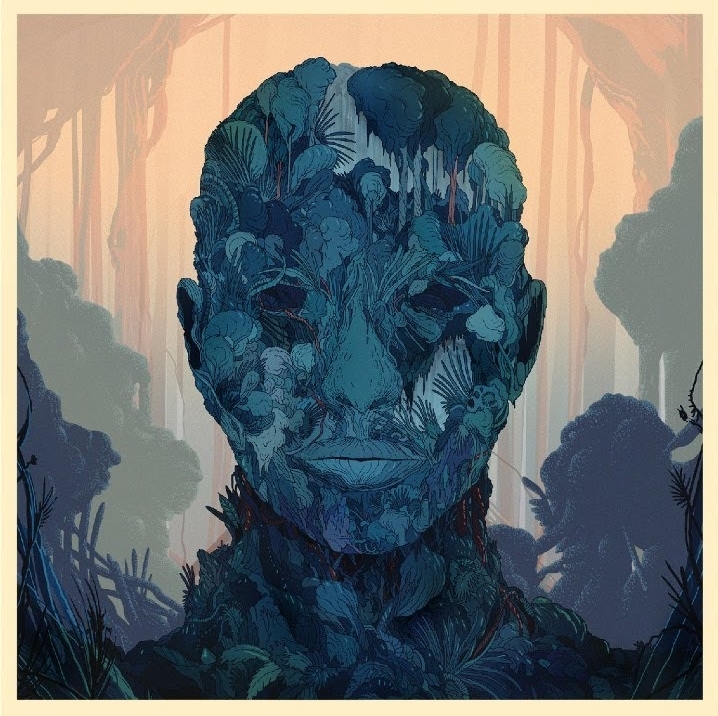 "More and more plastic ends up in our oceans causing a threat to its wildlife. Around 8 million tons find their way there every year Once in the ocean or on the shores it causes animals like seals and turtles to get entangled and trapped in abandoned fishing gear, six-pack rings, or plastic bags. Nearly every seabird eats plastic and even though it can pass through the system some of it ends up blocking the digestive system or damaging organs causing starvation and death.

Plastic pollution was the first threat to our oceans that I heard of when I was a kid, it was something that one could easily visualize in the mind without even seeing it, a pretty dark image for sure. I don’t remember the exact details but there was talk about an enormous area of plastic building up that would soon be its own continent. I imagined a new society that would start to live on this plastic waste and new cities would be built upon it.

My piece presents the ocean's surface in a future where plastic pollution has gotten to a point where it's visible everywhere. It covers the surface of the ocean, rolling with huge waves where dolphins like to jump and play. More and more plastic is gathering and it's constantly raining down from the sky covering the surface. The dolphins follow their nature and do what they always have done but their surroundings have changed to something completely unnatural."

Kilian Eng was born 1982 in Stockholm, Sweden. He graduated in 2010 from Konstfack, University of Arts Craft & Design in Stockholm with a bachelor and master in Illustration and storytelling.

Kilians medium of choice when illustrating is digital, something he has developed and explored for many years now. Elements that he often comes back to is the importance of color and lighting in a composition where geometry, the environment and organic shapes often is prominent. He likes to give his images a surrealistic touch and place the visuals in an alternative reality that hopefully evokes the viewers curiosity to explore and fantasize further.

His strongest artistic influences comes from many of the European artists who worked and is still working in the genre of sci-fi and fantasy with a very open mind what that can be.